A new generation of surface drifters to calibrate satellite sensors

Continuous improvements in satellite sensor technology means that ever more advanced sensors are being loaded onto the latest generation of satellites. This is the case with the Europe’s Sentinel-3 satellite mission, which has been designed to measure ocean and land-surface temperature, among other properties.

The Copernicus funded TRUSTED project is part of an ambitious fiducial reference measurement initiative to calibrate the Sentinel 3A/B sensors.

The project aims to deploy over 100 Surface drifters all around the world to provide reference Sea Surface measurements through the use of state of the art digital temperature sensors. The data collected by the buoys will be used along with other fiducial refrence measurerments inititative supported by Copernicus to calibrate and validate the sentinel 3 sensors. The data will also be available on the GTS (Global Telecomunnication System) and through the CMEMS in situ data portal.

The consortium, led by CLS, includes NKE, which is designing and building the buoys, the SHOM, which is in charge of Calibration, Meteo France, which will look after deployment, BSH which will provide a tethered reference measurement and JCOMMOPS which will provide the metadata processing and visualization tools to monitor the deployments.

Phase 1 of the project has just been successfully completed with the design, building, calibration and deployment of 2 DBCP compliant Prototypes (named SVP-BRST) in the Mediterranean Sea, South West of the Balearic Islands. A preliminary analysis of the data show that is consistent with the stringent project requirements.

Phase 2 which includes the production of a further 100 buoys has now begun with the first operational deployments expected in early 2019. 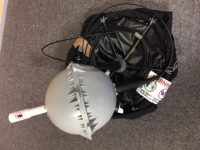 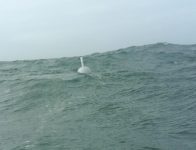 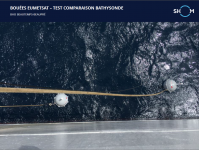