Sargassum monitored from space: A regional solution for the sargassum crisis 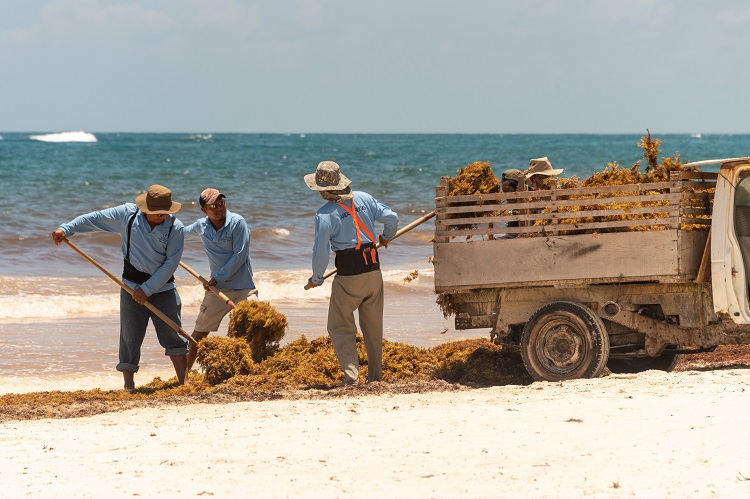 The Caribbean region has suffered intensely from the sargassum crisis. Economists estimate the cost of sargassum clean-up efforts at 120 million USD in 2018 alone, and fewer tourists were recorded in 2018 on Mexico’s Caribbean coast. Sargassum seaweed know no borders, and no one knows where sargassum will strike next.

Faced with the wide-scale negative economic impact and public health risk, is it time for Caribbean nations to join forces and adopt a regional approach?

Space-based technology to help with a regional approach

CLS, expert in Earth Observation and satellite oceanography, has developed an operational capability to detect sargassum and forecast their drift using optical and radar satellite sensors, covering the entire Caribbean and Gulf of Mexico regions. This reliable satellite-based service, developed with the support of the European Space Agency, has been validated with a group of 40+ local users in 2018 and today is used by Météo France in the French Antilles.

Nearly 10 years ago, CLS began working on an operational solution to the sargassum problem using optical and radar satellite sensors to detect sargassum and predict their drift. As the crisis has deepened in the Caribbean, CLS has perfected its technology and is now able to provide an operational service backed up with analysts based on a unique combination of Earth Observation satellite data from 6 optical instruments and 2 synthetic aperture radar (SAR) instruments, to see through cloud cover and at night.

Learn more about our service

The 2019 season was one of the worst on record for the Caribbean, in terms of sargassum stranding. Reliable operational forecasts will contribute greatly to mitigation efforts and support innovative clean-up efforts on a regional scale.